In conjunction with GATR we’ve been demonstrating ZENOVA WB Wildfire Barrier and ZENOVA FP Fire Paint, helping the emergency services to prepare for every eventuality. B&TT carried out a real-world test of the Zenova WB and FP products. 2 identical scaled sets were built, each set then had a fire set inside them and left to propagate. Zenova Products To Be Used At Major Film & TV Studios 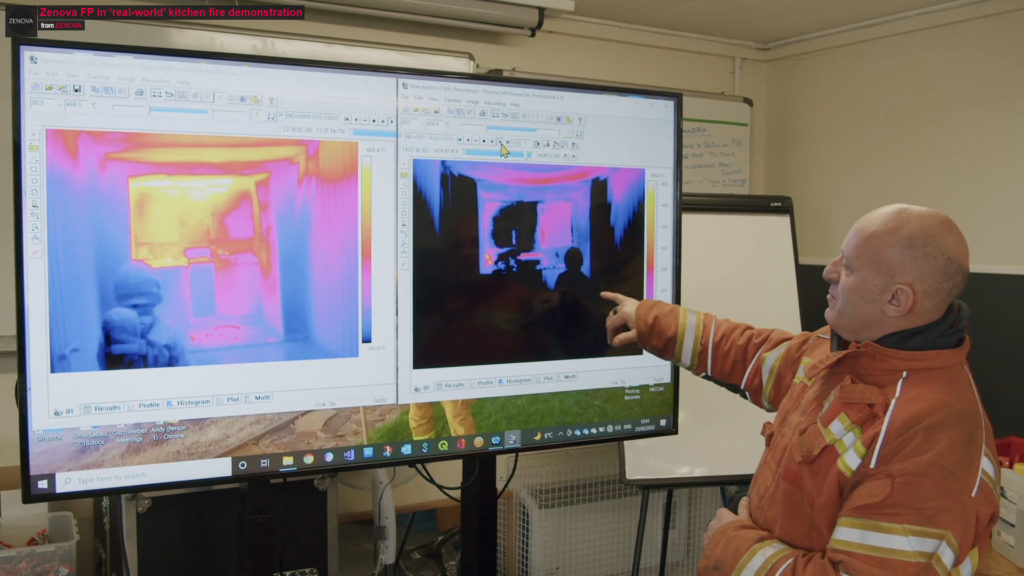 Two kitchens were set on fire. The walls and ceiling of one kitchen were painted with Zenova FP fire protection paint. The benefits are clear. Shockingly, the current in-flight fire safety solution is simply to “land as soon as possible”. And while there are active fire fighting systems on board in the event a fire breaks out such as automatic fire suppression systems and fire extinguishers, there is very little in the way of passive fire protection (to prevent the […]

Electric cars are safe, but can they be safer? The short answer, yes. While today’s electric vehicles are equipped with the latest safety technology such as collision avoidance and impact resistance, they are still one of the most dangerous modes of personal transportation. To highlight this point, there have been several vehicle recalls confirming the dangers of the battery cells in electric vehicles. “The […]